It was Christmas Eve and eight year old Hans Kocher sat by the window, closely watching the candle-lit, snow-covered street below. He, along with his younger brother Klaus, and twin sisters, Hanna and Elsa were anxiously waiting for him.  Mama promised he would come tonight.

As Hans watched the street he remembered that they arrived in Philadelphia from Berlin, Prussia, nine months ago, March 2, 1849. The journey began on a snowy night like this. Papa said they must go because of something called a revolt where men protested and fought with the soldiers for reasons Hans did not understand. The soldiers were putting men in jail. As Gerta Kocher, Mama, bundled Hans and his siblings in layers of clothing, she told them they were going on a great adventure to a safe place, America. Each child was allowed to pack one toy so they all chose the stuffed animals Mama had handmade for them from fabric scraps. Blackie, Hans’s bear, was black and blue with big white eyes and a smiling red snout.

As they left the house, Klaus clung tightly to Hans’s hand and the twins held hands, as they often did.  The street was quiet as they quickly walked to several wagons waiting in the woods nearby. Others from the neighborhood had already boarded. To fit the most people possible in each wagon, some families were separated into different wagons. With the crack of whips and snorts of steamy breath the harnessed horses started the long, cold journey. They forged half-frozen rivers on small boats and boarded more wagons traveling many nights and days until  they arrived at a port city. After nearly a week of living in vacant warehouse spaces, they boarded a packet ship to cross the Atlantic crowded into the steerage with the cargo. This was their filthy, infested home for the next six weeks. On the stormy nights, Hans tried very hard to be brave for his siblings but often buried his face into Blackie at night and cried very quietly.

When they arrived in America, the Kochers moved into a tiny brick row house on Second Street  with Mama’s cousin Anna, her husband Frederick and their two children Gretchen and Peter. Nothing felt as safe and certain here as it had at home.  Even though there were many neighbors here in Germantown who sprach Deutsch like the Kochers, there were others who spoke a strange language called English. Every night Uncle Frederick taught them new English words.

As December began, Aunt Anna encouraged the children to make chalk marks on a wall to mark off the Adventskalender which Uncle Frederick translated as an Advent calendar. The children were comforted to hear Mama tell the familiar story of the birth of Christkind, baby Jesus. Mama said this was the fulfillment of God’s promise to the world.

On December sixth they celebrated St. Nicholas Day with bread topped with the apple jelly that Aunt Anna had preserved and gifts of candy for the children.  A week or so later Mama found a small piece of a pine branch and brought it home to lay on the fireplace mantle. This, Mama said, was their pretend Weihnachtsbaum or Christmas tree.

Tonight was Heiligabend, Christmas Eve the English called it. Mama promised that he would come tonight and that Christmas Day would be just like it was at home. The children hoped and prayed it would be true. Papa, Franz Kocher’s wagon was stopped by soldiers only a mile from Berlin. He was arrested and jailed for protesting against the government. After months he was released and permitted to leave for America to join his family. In that time, the men who governed America welcomed the immigrants who came because America was a place where people could speak and worship freely, safe from repression. That was America’s promise, sometimes kept.

It was after midnight when Hans’s eyelids became so heavy he could no longer continue to watch the quiet snowy street. He pulled Blackie into his arms and curled around him. The other children had fallen asleep hours ago.

It was just before daybreak when Mama, still awake, answered the soft knock on the front door and her loud squeal of delight woke everyone.  Mama’s promise had been kept. 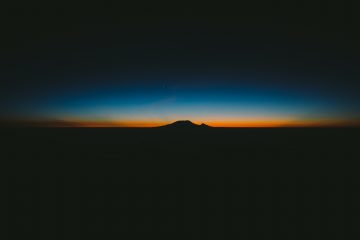 Stories Searching for the Light

Tuesday September 8, 1969, was a rainy, gray morning when the ten seniors in the U.S. History Seminar class sat whispering and watching their new, young teacher writing “Whose story, yours, mine or ours?” “Can Read more…

We all get a last chance. The trick is to recognize it before it's too late. 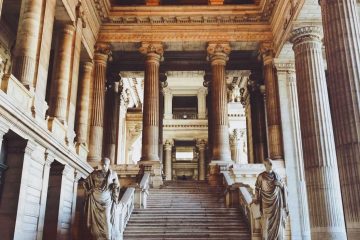 Just Another Day in Court

All young lawyers learn to expect the unexpected from their clients - sometimes in court.